One thing that is generally common about Black people is that we care about our appearance. We dress down. If it’s for work, church, concerts, you name it. We want to look fly and we represent—sometimes looking our best or a hot mess. Either way, we will stun! I was taught to iron my clothes. My mother always sent me back inside the house if my clothes were wrinkled.

When I first started working in the evangelical world, I would get teased whenever I would pack an iron to camps or conferences. If they saw it, the questions and jokes would begin. Not because any of them had a problem with ironing, but rather because they didn’t iron and because most of my colleagues didn’t iron their clothes, they didn’t see ironing as a value. (There were a few exceptions to this as many of my co-workers of color secretly started to come to my door at night like Nicodemus asking to use my iron.) But as I spent more time in the evangelical world, the more people I met who didn’t iron their clothes. People would show up to conferences just wrinkled. Eventually, the work, the culture, the context I was serving in changed this core value of mine, so I stopped ironing my clothes…

In 2015, I went to Missouri for the one-year anniversary of Michael Brown’s shooting death. The event was called Lessons From Black Lives: Black Scholars’ National Gathering in Ferguson. I wrote a series on it, found here.) There, I asked a panel of black seminary professors and theologians why there was such a struggle to recruit, retain, and promote people of color in evangelical institutions and organizations. Both men and women had numerous thoughts, but the words of oldest person on the panel struck the deepest. He said very calmly, “Young man. Let me explain something to you. The goal of being an evangelical in America is to turn you into a white man.” His words–compassionate, direct, and unapologetic–have stayed with me. I have spent the last few years reflecting on them, my experiences in American evangelicalism, and the changes that have taken place in me as a result of navigating that world.

Being a person of color in a white evangelical world has:

Because I was introduced to Western evangelicalism at the same I was pursuing a Bachelors in African-American Studies and was at a Black church, Western Evangelicalism wasn’t the dominant ingredient, but one of three that challenged me to think not individually but communally. I was constantly thinking about the context of the gospel, not merely its content. It didn’t take long before I realized my “Black world” where I lived and this “Evangelical world” where I was learning had very different rules.

When I was in the Western evangelical world if I didn’t know that theology or theory, I had “much to learn” or a list of books and authors was given to me to read. When I went home with the Black people, we had and still have a rule: If we haven’t heard of them by now, they aren’t talking to us. If authors can’t see or speak to the realities of the Black community, then their words are not worth that much attention. We can be aware of them if we choose, but those theories or ideas won’t fit the world we live in. American evangelicalism teaches seminary students today to “always end in hope.” End all sermons positively, in hope. I asked my seminary professor once, “What happens if I am a slave in Egypt and it’s year three of the four hundred years of bondage? What hope do I give to them?” We then had a class conversation on the context of the gospel.

Being a person of color in evangelicalism taught me to learn both worlds. I had to know Karl Barth and James Cone, Friedrich Schleiermacher and Gustavo Gutiérrez, Teresa of Avila and Claire of Assisi. It has made a thinker who sees, speaks from and to the margins, and challenges others to do the same.

It’s dulled my emotions. I was blessed to have a foot in a black world and a Western evangelical one. I left that Black church for bad reasons and the evangelical community applauded as though God illuminated my thinking to live completely in a multi-ethnic (read racially diverse but white-centered) world.

Then the shootings started. Then the protests. I watched my Black friends and family grieve, and my evangelical community remain unaware or struggle with the words to say—or when to say them. My friends and I were asked to pose for photos, record videos, about how great multi-ethnicity was, but when the part of the body I called home was hurting…well, the body didn’t respond.

A fire burned inside of me to speak and write, to learn and lead. It got me in front of conferences, audiences with organization presidents and national leaders, and continues to give me a platform I did not ask for and am humbled to continue to receive. The same pastors, theologians, missionaries, and theorists I was told to learn from and listen to I was looking to for help in thinking through current events. 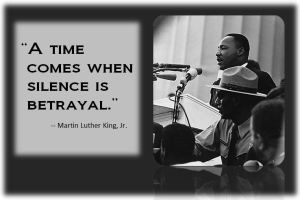 But as the body count increased along with non-indictments, so did the apathy in the evangelical world. I started teaching about “Awareness, Action, and Advocacy,” inviting people to raise their awareness of the issues, take physical action, and champion causes of the unheard. My messages were applauded, but then questions of timing, finances, and calling began to emerge. “Awareness” was the apparent goal in Western evangelicalism. If they intellectually learned of the issue, that was enough. No action was required. Jesus, or really their theology, had nothing to do with context. It was enough to know your clothes were wrinkled and that irons were available. Ironing clothes, however, was unnecessary.

I was asked to be Black to promote diversity in Western evangelicalism, but I wasn’t seeing evangelism address issues in the Black community…beyond the occasional “brokenness” (i.e. broken homes, broken theology, broken community, etc.). Whenever I would return to mostly Black circles (hanging out with friends, visiting a Black church or the barber shop) these issues and ways to address them always came up. The places I was asked to leave cared about issues affecting people who looked like me more than the places where that were teaching me what it meant to see people as though they had the image of God. So I was faced with a dilemma, honor my heritage or adapt to this evangelical world.

Made me afraid to be myself. It also got me in trouble. I began to be told what I could and could not say. My theology was questioned, my commitments to justice and reconciliation, that I wasn’t looking at things clearer, and that I should be grateful and show gratitude for where I was because opportunities could be taken away, as though I was given these privileges rather than having earned them.

So, I stopped. I stopped writing on my blog. I stopped asking questions of leaders, pastors, and so-called experts in their field. I stopped “ironing” my clothes. When the next unarmed Black person was killed and their name was a hashtag, I didn’t ask for, look, or expect the evangelical world to respond. I didn’t attempt to hold that evangelical world accountable through my platforms of leadership, writing, social media, and activism. When “Build That Wall” got put on shirts, I saw tears and heard cries in the Mexican community, I waited for the leaders who had written books on justice diversity tweet about their next book but say or do nothing in the face of injustice.

I didn’t say anything…I decided to do something.

My friends and I started a diverse, elder led church committed to reading the Bible and the newspaper–and I love The Refuge. We started talking as a community about what does it mean for us to be the people of God, to not just see the issues and ignore them for fear of backlash from the status quo but to, to speak, to serve, listen, to lead, and to love.

And I started ironing my clothes again this summer. The catalyst for all of this was the closing of a sermon I was listening to by Dr. King. He said (my paraphrase):

I think the American church will stand before God and say,

‘Look at the size of buildings we built.

Look at the size of the crowds that came.

Look at all the books we sold.

And Jesus will say back to us,

Yes, but I was hungry and you fed me not.

I was naked and you clothed me not.

I was sick and you cared not.

I was in prison and you visited me not.

I was a stranger and you didn’t let me in.

I was thirsty and you gave me nothing to drink.

I remembered that one day I will have to stand before God and give an account of my life and I cannot say “My peers, my supervisors, my professors, my job, my country, my nation said not to do this.”

This is not to say that Western Evangelicals are intellectually idolatrous, emotionless, or anti-anything not white-centered.

So…I am going to start ironing my clothes again.

Some can, but I can’t deal with the wrinkles.