There are three elements to interpreting superhero stories.

First, there is the core of the character. These are the foundational principles on which the character was originally intended and designed by their creators. Spider-Man will always revolve around the motif, “With great power, comes great responsibility.” Superman will should always “stand for truth and justice.” Wonder Woman was created to embody compassion and justice, to heal the hurting world which had fallen off the rails. The X-Men work out their issues in and save a world that “fears and hates them.” These are core elements that cannot be changed. To change them is to change the character. 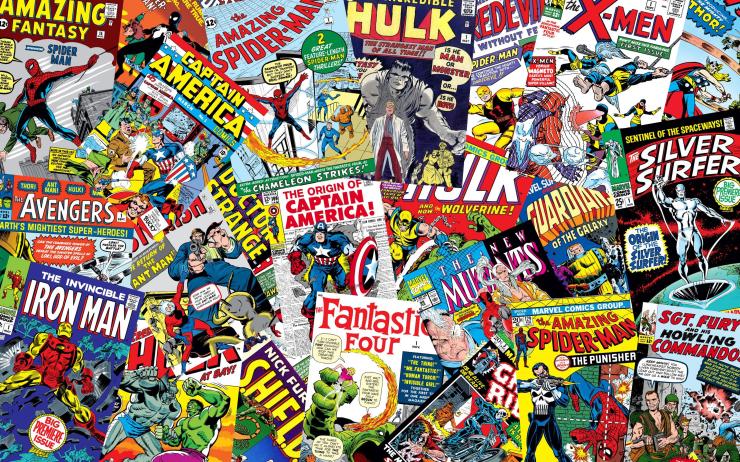 Second, there is what I will call canon. In the geek world, this would be all issues of the comic books over the years—with a few exceptions. The comics that were true to the core of the character, we call canon. If it forever changed the character (i.e. death of a loved one, new power introduced, etc.), it is canon. (If it is really bad, the writer is fired and the heroes wake up from a dream where all that bad writing and story is erased.)

There’s core, canon, and finally, culture. By culture, I mean what is essentially our present reality, the real world. When comics were first introduced, the culture of 1938 was multi-faceted. World War II was looming, the Great Depression was raging, segregation was still very legal, very few women were allowed to work, and people overall needed hope.

Superman, followed by Batman and all the others that followed, shaped the culture. They brought their core, told through canon, and renewed hope in society. They catapulted you to a world where truth and justice were not merely discussed, they were embodied and defended. Evil could be named and arrested—but never killed because even the villain’s life was seen as valuable and capable of transformation. People have and continue to fall in love with heroes from then until now…

…But a lot has changed since 1938. Not all of it has been good. While history has seen the end of segregation, the start of the end of oppression of women, and other changes, we have also seen the culture begin to shape the heroes. In an effort to make the heroes more “modern” and “realistic,” the core of the characters has needed to be changed. To maximize special effects, emotions, and to compete with other genres, we loosened the reigns of the morals of the heroes. All heroes can kill now—not just the anti-heroes. They don’t save the city—they destroy them. The heroes and the movies do not bring hope, but rather are increasingly dark…because that’s what sells. That and an unnecessary and lengthy sex scene.

This is essentially my problem with Batman v. Superman: Dawn Miscarriage of Justice.

Christopher Nolan brought us an incredibly dark Batman in his Dark Knight Trilogy. Superman, however, is not a dark character. He’s never been dark. He’ll never be dark.

Even when his character creeps into darkness, Batman appears somewhere and says, “Hey, that’s my job.” They balance each other out when they appear together. Zack Synder, in his attempt to update the character to fit the culture of today’s movies, has dishonored the core of Superman. He does not bring hope that Superman is supposed to, rather he is a weapon of destruction. Every city that has appeared in a movie with this Superman has experienced medium to major annihilation (he literally raises insurance claims every time he lands somewhere to help). This Superman is hated by most, manipulated often, and changes his mind like a shifting shadow. He does not stand for anything.

Batman, the guy whose parents were killed with guns, doesn’t use them, period. “What if” versions do occasionally, but that is not his core, nor is it canon. Ben Affleck does a really good job with the duel identities, but make no mistake, this was not The Dark Knight or “The World’s Greatest Detective.” Instead, we meet a billionaire who is afraid of an immigrant who literally shoots first and asks the worst questions later.

Gal Gadot/Wonder Woman: I am in love. Best part of the movie. She embodied the mystery, elegance, class, sophistication, and compassion Wonder Woman’s core…and then switched to Xena: Warrior Princess fighting-mode in two seconds. Bring on her movies. She is going to shine.

I’ll refrain from commenting on Lois (i.e. her unnecessary three rescues and gender offending comments which are not true to her character) and Jimmy Olsen (yes, he’s in the movie for 30 seconds).

Ultimately, apart from the depiction of the characters, there are two things that disturb me most. First, the formation of the Justice League will not have at it’s core the hope, humility, and purity of heart that Superman has. There’s a reason he’s at the center of all the posters, and it’s not just because he can beat all of them.

I love Batman. Truly. As a character, he’s superb! But you don’t build a team around the guy that operates in isolation. You build the team around the hero who breaks necks has a core worth following. Batman fights for justice, but he doesn’t stand for it. Everybody runs from Batman except Commissioner Gordon. People used to run toward Superman because he is the change he wishes to see in the world. Superman brings hope to Metropolis and to the Justice League. Now, however, the character that operates out of shadows and secrecy, the one who landed on killing Superman without being a true detective and now feels guilty about it, will be the one to round up the team.

The second thing that disturbs me—and definitely most of all—was the growing motif of the death of god and man as his replacement. The people called Superman a “false god.” Lex Luthor mentioned “killing god” every time he spoke. Batman’s fear of the being with the “power of a god” is what led him to try to kill Superman. Once Superman is out of the picture, Batman—who had a bizarre resurrection opening scene—is now in front.

The origin story of Superman is that he is a type of Jewish Messiah, and there are subtle overtones everywhere. Batman was created because it was thought Superman wasn’t relatable to common people—while billionaires are—with the hope that people could see they don’t need a savior. They can save themselves.

With more money and more technology comes the facade of power that enables you to stand up against and even replace the ones—The One—who came to save.

That’s what disappoints me about Batman v. Superman. It is not merely a dismissal of the core of the characters, an incomplete assortment of their canon, but that these heroes aren’t allowed to influence the culture, but rather the culture is influencing them.

We’re suppose to want to live in a world with these heroes. They are supposed to be the dawn of justice.

That is not justice.

Not justice that I would want.