You’re probably thinking…wait…Sean still blogs? Yes. I still blog. Life has been insanely fast the last year and blogging fell off the list of items I could fit in to my schedule. As it slows to normal (whatever slow and normal are these days), I needed some space to reflect on The New Jim Crow, which I started reading last week. I have only read the introduction and the first chapter. This blog deals is a reflection of my thoughts based on the aforementioned parts of the book. 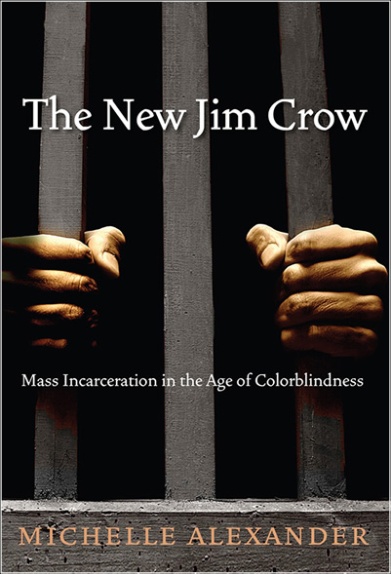 This book has been out four about 4 years now, and while I have owned it, I didn’t start to read it until a few days ago. I am of the opinion that whenever there are books, movies, and other biopics on the African-American experience are released, while it is information for other cultures, it is often painful for African-Americans. It is a reminder of the past (and in some cases present) plight of our communities. I often tell people who are surprised that I didn’t run to go see 12 Years as a Slave or Lincoln, “I have to be in the mood.” Many of those biopics tell a story I know too well. They remind me of the gaps in my culture that I see at home, in my community, my church, my job, etc. The New Jim Crow is not that at all.

I am completely blown away by Alexander’s explanation of history from the end of slavery to the present. Her chilling description of racism being the primary factor for higher incarceration rates among Blacks and Latinos is down right appalling and frightening. She tells a remarkable story of how the US simply renamed its prejudice, rather than dealing with it.

We all see in some respects. If you don’t, I encourage you to drive to a neighborhood different than your own. I feel it when I try on roads that are cracked in the ghetto, and newly paved in the suburbs. I see it when I visit my old high school, look at the sink in the science lab, and can see the floor. Then I drive to a nicer neighborhood where the schools have iPads for every student to use.

Segregation legally ended in 1954, but few people actually re-integrated. Our jobs, churches, neighborhoods, and schools still remain separate…and still unequal. What I didn’t expect, was to read the reasons why. I knew systemic issues existed in the country, but not that systemic issues were chosen to ensure racial inequality. Even more, she provides historical evidence from police, college professors, and Presidents of the United States.

While it is painful–but not shocking–to read that illegal drug activity is significant in the Black community, it is shocking to see the statistics of arrests of Blacks addicted to/selling crack-cocaine with those of Whites addicted to/selling powdered cocaine. What is shocking is prisons are filled with Blacks and Latinos, quite a few we are discovering–after years of incarceration–were unfairly arrested and not allowed due process. That the “War on Drugs” really was an attempt to arrest as many Black people as possible.

I must confess, I almost ran past her defense of Blacks, drugs, and high arrests. I kept thinking, “Why are drugs so rampant? Even if the arrests go down, we still have a drug problem.” But, then she said it, or quoted someone who did: “Drugs aren’t the problem. Unequal education, housing, jobs, inequality in the country is. It isn’t drugs. It is class.” As long as we afford groups of people opportunities for economic empowerment and opulent lives at the expense of another, nothing will change in the country.

I wish we could switch sides for a week. I don’t want to live like a millionaire (although I wouldn’t turn down the opportunity). I want the wealthy, the elite, the upper-middle class, the people who never drive through “the hood,” who lock their doors at red lights, to live for a week in the lack that exists in the inner city.

I am convinced the compassion of Christ would flood hearts and complete the change our forefathers set out to do 150 years when slavery ended, and again 60 years later. I wish we could see how the other half lives.

I think everyone would stop critiquing, complaining, comparing, apologizing, delaying, well-wishing…and would work to end racism and poverty at the level of urgency it has deserved since those first African indentured servants came to the coast of Virginia in 1619.